Human rights groups say the Indigenous Sahrawi population of the country suffers widespread abuses at the hands of a Moroccan military occupation. African nations continued demanding at the United Nations Tuesday the liberation of the disputed territory of Western Sahara.

Namibian President Hage Geingob told the United Nations’ 70th General Assembly that Western Sahara has a right to self-determination, and called for a long-awaited referendum of self-determination in the disputed territory.

“We equally call for the urgent implementation of all Security Council and General Assembly resolutions, with the aim of holding a free and fair referendum in Western Sahara,” Geingob said.

Geingob was the latest African leader to express frustration at the decades old political impasse that has left Western Sahara in limbo. 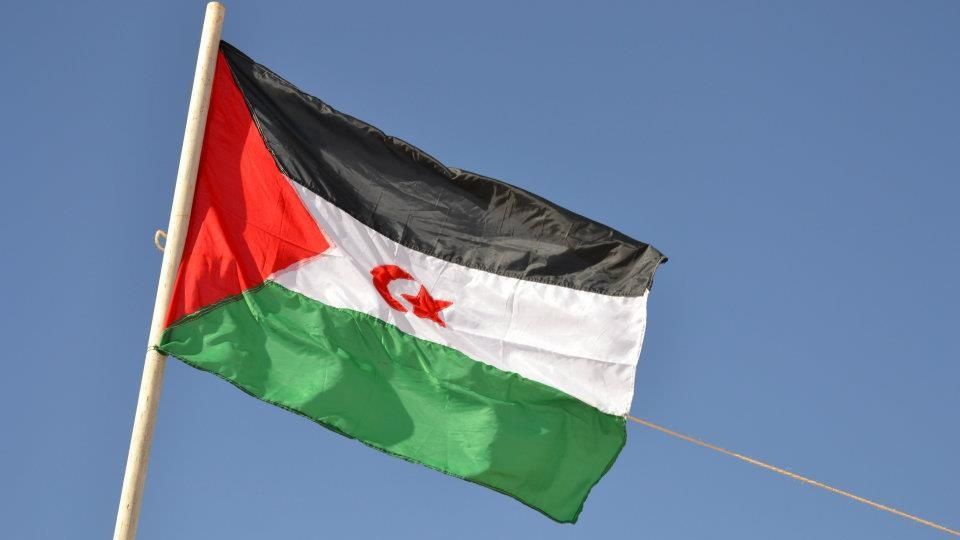 The flag of the partially recognized Sahrawi Arab Democratic Republic (SADR) flutters over a government building in a refugee camp in the far east of the disputed territory of Western Sahara. | Photo: Ryan Mallett-Outtrim/ Green Left Weekly

A sparsely inhabited territory in North Africa, most of Western Sahara has been occupied by the Moroccan military since 1975.

A thin strip of the territory’s east is administered by the Indigenous independence movement, the Polisario Front, which waged a guerrilla war against the Moroccan occupation until a 1991 U.N. brokered cease-fire.

Under the terms of the cease-fire, a U.N. mission was established in the territory with a mandate to oversee a referendum of self-determination. The mission has since been fiercely criticized by independence advocates for failing to organize a vote for over two decades, while human rights groups have accused Morocco of widespread human rights abuses against the territory’s indigenous population, the Sahrawi.

As many as 300,000 ethnic Sahrawi have been abused by Moroccan security forces, according to a report from one Western Saharan human rights group earlier this year.

RELATED: No End in Sight for Morocco’s Media Blackout in Western Sahara While the Sahrawi-led Polisario’s government has limited recognition globally, it has broad support across the African continent.

The Polisario’s partially recognized state, the Sahrawi Arab Democratic Republic, is a full member of the African Union, and sent a delegation to this month’s session of the U.N. General Assembly.

Since the session opened, a broad range of African leaders have demanded immediate action to resolve the simmering crisis in Western Sahara. “We reiterate our support of the people of Western Sahara and urge the international community to support their struggle for self-determination, freedom, human rights and dignity,” said South African President Jacob Zuma Monday.

On the same day, Zimbabwe’s President Robert Mugabe said he was “deeply concerned” by allegations of Moroccan repression of ethnic Sahrawi living under the Moroccan occupation.

“We urge the United Nations to expeditiously finalize what must be done to conclude the decolonization of Western Sahara,” he said during his speech to the assembly.

Similar sentiments were echoed by Nigerian President Muhammaddu Buhari, who appealed to the U.N.’s core values of “peaceful coexistence and self-determination” to demand a resolution to the Western Sahara conflict.

“As we engage in these annual debates, we need remind ourselves of the principles that led to the founding of the United Nations,” he said.

Buhari continued by comparing Western Sahara to the Israel-Palestine conflict. “In this context … the unresolved question of self-determination for the Palestinian people and those of Western Sahara, both nations having been adjusted by the United Nations as qualifying for this inalienable right must now be assured and fulfilled without any further delay or obstacle,” he said.

This content was originally published by teleSUR at the following address: www.teleSURtv.net/english